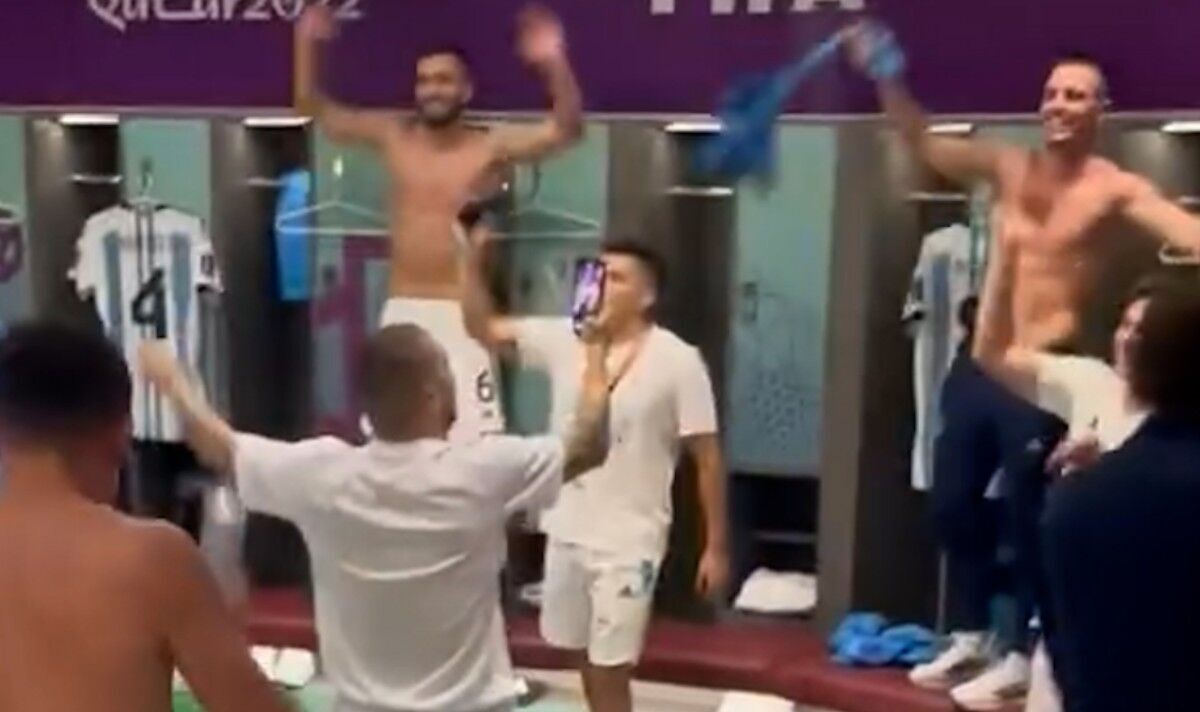 Argentina’s football players have sparked fury in the UK after a team song making derogatory references to the Falklands War and the British became a chart-topper. The UK was plunged into a bloody war with Argentina after the country’s military junta led by General Galtieri ordered their army to invade the Falkland Islands in 1982. Then Prime Minister Margaret Thatcher sent a military taskforce to reclaim the British territory.

As a result of the fighting, 255 British soldiers were killed, while the Argentines lost 649 men.

The video of the Argentinian players singing the song was posted by former Manchester City star Nicolas Otamendi to his Instagram account after their semi-final victory against Croatia.

The central defender, alongside Premier League footballers Lisandro Martinez and Julian Alvarez, can be seen singing along, as they celebrate another victory.

The song references the 1982 war with the words “f***ing English in the Falklands.”

The song, known by Argentinian fans as “muchachos”, has hit the top of the Spotify music charts, and was played more than 500,000 times in one day – according to a Globo report.

However, the video of Messi et al gleefully belting out the words to “muchachos” has provoked a furious response on social media from Brits, many of whom are now gunning for a French victory in tonight’s World Cup Final.

Carl H fumed: “Any English man supporting Messi and Argentina, watch the viral video online of them singing anti-English songs about the Falklands.

“I don’t like the French but will be screaming for them to smash the Malvinas-loving losers into oblivion.”

“If England had sung about Argentina, I’d have been equally disgusted.

“I hope they lose badly today.”

In the documentary film called “Diego Maradona – Rebel, Hero, Hustler, God”, the late star explained: “I knew it was my hand.

“It wasn’t my plan but the action happened so fast that the linesman didn’t see me putting my hand in.

“The referee looked at me and he said: ‘Goal.’

“It was a nice feeling like some sort of symbolic revenge against the English.”