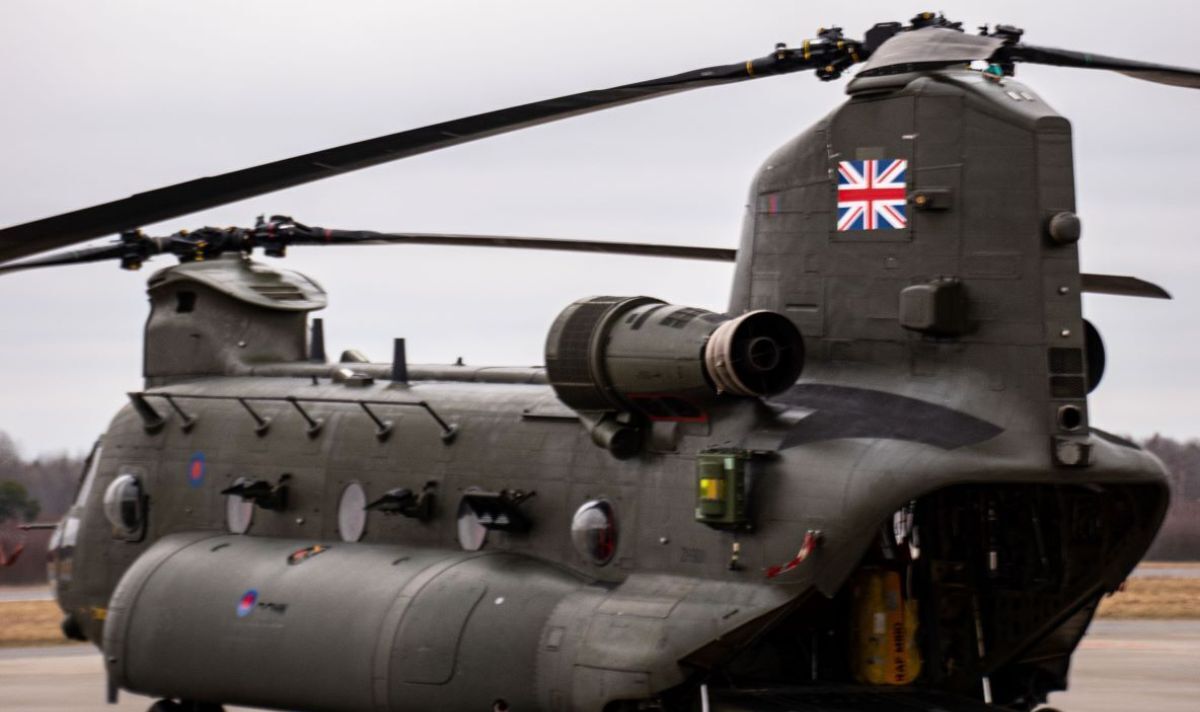 The Royal Air Force has deployed Chinook helicopters to Estonia in a show of NATO strength against Vladimir Putin. The Aviation Task Force 3 has traveled to the Ämari Air Base with three Chinooks from 18(B) Squadron, RAF Odiham as part of Operation PELEDA.

About 100 people have been deployed with the aircraft, including teams from the Joint Helicopter Support Squadron, Tactical Supply Wing, 244 Signal Squadron, and other enablers from the RAF and Army.

“The Chinooks will be working closely with the Estonian Defense Forces to increase interoperability and capability.”

Estonian Defense Minister Hanno Pevkur visited the Ämari Air Base last Tuesday to inspect the Chinooks upon their arrival.

Alongside the Ambassador to Estonia Ross Allen and a number of journalists, Mr Pevkur took a short flight in one of the helicopters.

The Chinooks also transported Defense Secretary Ben Wallace and other European defense representatives to a meeting at Tapa Camp to announce the Tallinn Pledge in support of Ukraine.

The Tallinn Pledge is a reaffirmation of “strategic and coordinated” military support taken by the defense ministers of the UK, Estonia, Poland, Latvia and Lithuania and representatives of Denmark, the Czech Republic, the Netherlands, and Slovakia.

The aim of the deployment is to fulfill the bilateral agreement signed by Ben Wallace and Hanno Pevkur last November to help bolster defense and security across the Baltic states alongside the NATO enhanced Forward Presence.

Aviation Task Force 3 is due to be in Estonia until the end of next month.

Further deployments of rotary aircraft will follow later in the year.