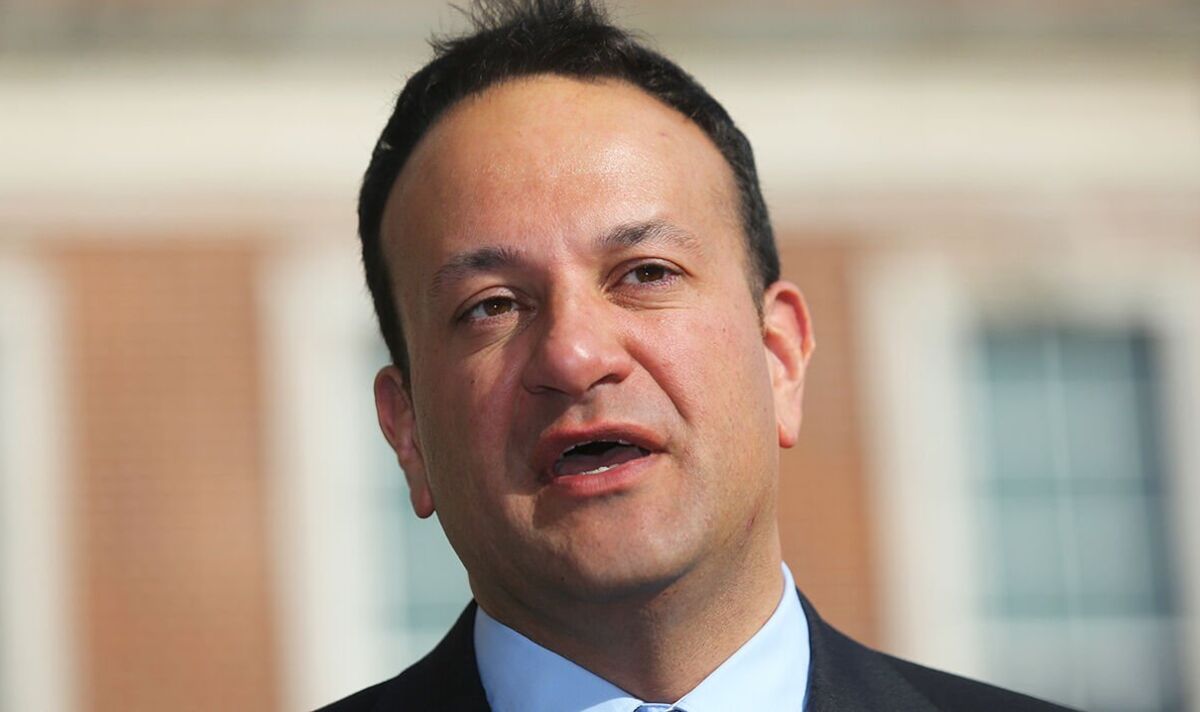 Leo Varadkar has been told to “eat humble pie” after “getting it terribly wrong” about Brexit. Ex-Irish ambassador Ray Bassett was commenting on remarks by Ireland’s recently reinstalled Taoiseach on the subject of EU-UK relations, delivered to Northern Ireland’s political leaders in Belfast yesterday.

The Fine Gael leader said he was “keen to repair and restore relations”, while admitting the Northern Ireland protocol – the mechanism for preventing a bard border on the island of Ireland, which Unionist critics have instead resulted in a border down the Irish Sea – had been too rigidly implemented,.

Mr Varadkar, his country’s former ambassador to Canada, Jamaica and the Bahamas, said: “I think he now knows that he did severe damage to relations with the Unionist community in the North and also with a lot of British political opinion during his period as Taoiseach.”

The 43-year-old, who returned last month in line with a deal struck with coalition partners Fianna Fail, had “much ground to make up” given the hardline europhile position he adopted during his first spell as Ireland’s leader, when he was generally regarded as being in lockstep with Brussels, Mr Bassett pointed out.

He continued: “He has masked his present contrition by claiming that all sides have made mistakes, which is about as close as Leo would come to admitting he was completely wrong.

“He now concedes that the original Northern Ireland Protocol was too strict, yet it was mainly him and his officials who insisted on the terms.”

He said: “I believe that the Taoiseach should simply eat humble pie and come out straight and say he and his Government got it terribly wrong.

“He should have worked with London to get a good and reasonable deal from the outset. Varadkar, Jean-Claude Juncker and Michel Barnier all combined to destroy the credibility of the Pro Eu faction inside the Tory Party by their intransigence.”

Eurosceptics in Ireland who questioned the wisdom of Mr Varadkar’s approach had been “strongly attacked and vilified at the time” but now seemed to have “come around to our view”, Mr Bassett claimed.

He continued: “It seems likely that there will be a deal on the Protocol.

“The EU may be tempted to wait for a possible Stammer victory at the next election, but that would be too risky.

“The broad outlines of a settlement are in plain view and, with a few more compromises on the side of Brussels, a workable arrangement could be arrived at.

“However it is still debatable whether the Democratic Unionist Party or the ERG elements in the Tories will accept it.”

It was clear that the DUP were softening their position – but there was a danger of former PM Boris Johnson leading the opposition despite signing “a far harsher deal in the original Withdrawal Treaty”, Mr Bassett warned.

He concluded: “However, as Labor have clearly indicated they will back a deal in the House of Commons so they will have little difficulty getting it through Parliament.

“The odds are strengthening of a settlement.”

Speaking to reporters, Mr Varadkar said: “I am hopeful that it will be possible to come to an agreement on the protocol that will allow it to work more effectively, hopefully become more acceptable broadly across society here and will then allow the institutions to be re-established.

“Obviously our desire is that we should have the first thing happen, which is an agreement on the protocol, then unlocking the restoration of the (Northern Ireland) assembly and the executive. But it’s not a given that one follows the other.”