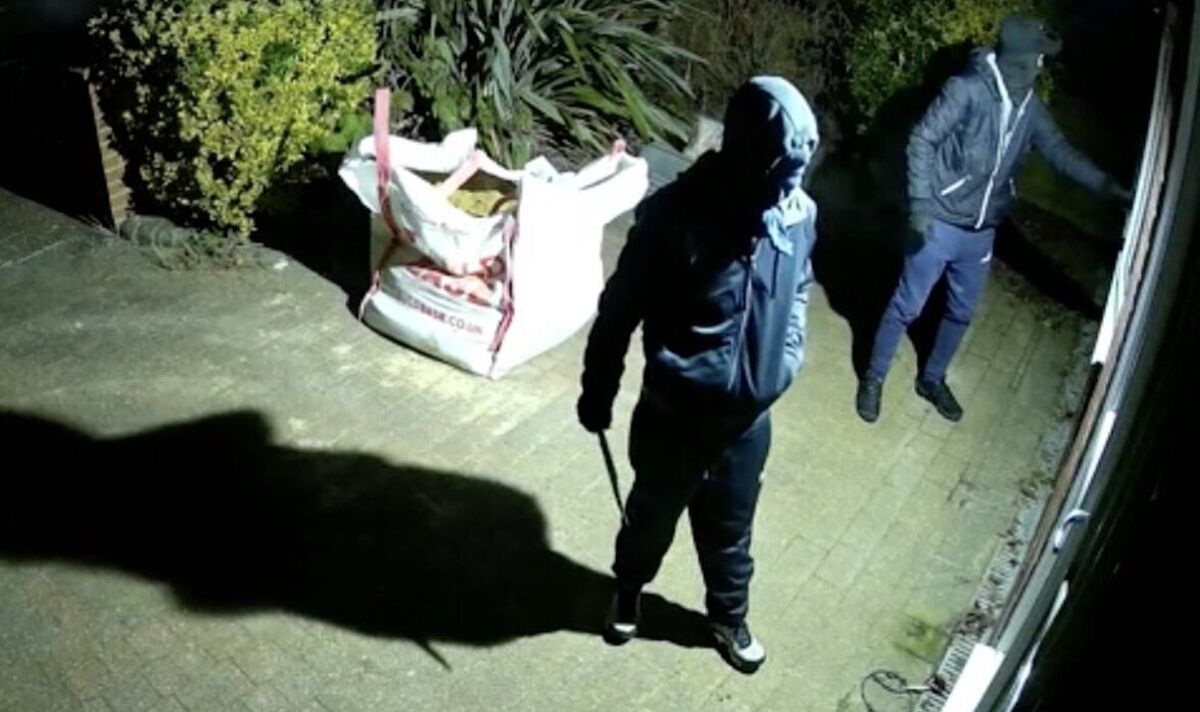 CCTV cameras captured a machete-wielding would-be burglar and his accomplice who tried to break into an Essex home. The father of a woman living in Eastwood shared footage of two hooded men as they tried to pry open her door in the early hours of December 10. A lone thief clad in a navy blue tracksuit and gray trainers arrives first and stands in the driveway while testing the front door handle and a nearby window.

He appears to gesture as he exits the property and jogs down the drive to the street, where he signals at another person before returning.

The man comes into view again moments later, armed with a knife and joined by an accomplice.

Footage handed to the Daily Mail shows the new arrival shining a torch through the window.

He opened the downstairs window while the other man stood nearby and clutched the knife.

They ultimately chose not to enter the property and left soon after trying to pry open the entrance.

The attempt lasted minutes, as the first would-be thief arrived at 3.48am and left at 2.51am with his accomplice.

The homeowner confirmed that the property – which is currently undergoing renovations – was uninhabited at the time.

But the chilling footage shocked them nonetheless, prompting them to file an online police report.

The homeowner’s father, Ahmet, said he believed the two men spotted the home was mid-refurbishment and that this probably persuaded them to walk away.

He told the Daily Mail: “The house is currently empty as it is being refurbished.

“When the suspect looks through the window, I assume they can see it’s being refurbished hence walking away. My daughter has filed an online report.”